skip to main | skip to sidebar

Does Death Become You? 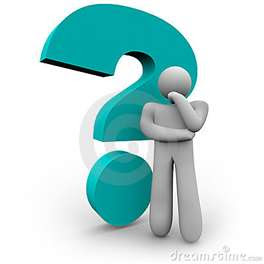 The repast for Henry was held at the church following his burial. I didn't attend the burial ceremony. Instead, I wanted to help get things ready for his family and others when they returned. Have you ever wanted to slap an entire group of people at the same time? You know, line them up, slob up ya hand and just let it rip down the row? While I stood in the church kitchen offering my services slapping folks was the main thought that occupied my mind.

Is it that serious that you need to plot out how much food you're going to take home after everyone leaves? Really, yo fat ass is watching the pan? When it gets to a certain level you'll remove it from the table, so you can have leftovers? Oh, wait, you're not even going to put certain items out because you want to make sure you get extra?

Death becomes you if you behave like no one died or that you never will. Why do "we" act like that? Someone dies and "we" decide to get closer to God and to our families all while we're rummaging through the deceased' belongings. We argue over who is going to get what when we don't deserve it in the first place. Going hard for some fried chicken and cabbage? That's why yo fat ass is a fat ass.

I was so disappointed to see grown folks being disrespectful and outright greedy. Didn't they understand that Mr. Henry Shoultz is gone? He died? He's dead? Do they understand a soul, heaven, hell? Evidently not.

If you've followed my blog or know me you may know that I have issues with death. I didn't notice much when my father died. Now I'm wondering if people fought over food in the kitchen while I sat a few feet away and cried.

One day we'll all die a physical death. Until that day comes, don't let death become you. You can't see it on yourself but its not a good look to have.

p.s.
And to the lady who tried to hide the peach cobbler 'cause her friend made it; the cobbler was quite nasty...('-')
Posted by Unknown at Tuesday, September 06, 2011

Wow sista, you really cut loose. I would hate to be on your bad side. But I do know where you're coming from, almost as if the attendees are saying, "I'm just glad it wasn't me, now let's eat!"

Hot damn. I ain't even madatcha. Tell it! Tell it my sister!

Tell it Wanda!!! Dome folk down right nasty at funerals. Good work and you sure kept it real. Poor Mr. Shoots didn't get his recognition because of some greedy souls plotting in a kitchen! Dayum!